Denial of children’s right of life in Iranian legal system

With the triumph of the 1979 revolution in Iran, children are undoubtedly the most oppressed sector of Iranian society in the Islamic Republic. Children have been subject to discrimination in several aspects of their lives, but the aim of this paper is not to explain the social difficulties of children in Iran, although that is a topic worthy of much debate and scrutiny. The issue at hand here is to dissect and provide a critique of the treatment of children in Iranian legal system after the 1979 revolution, relying on real case studies and my personal experiences of dealing with the judicial system as an attorney.

The child’s vulnerability and lack of potential for self-defense intertwined with the potential for growth of talents in children necessitates the society to pay special attention to children’s rights. It is necessary to make sure that all tools and mechanisms are used to uphold these rights. The aim of this paper is to shed some light on what facts of life has been guaranteed due to practicalities of the Iranian legal system; and also to assess how standards of human rights has been ignored in this treatment.

Unquestionably, we can state that treatment of children in legal and judicial aspects in Iran is a horrifying tragedy, when we look at various cases and realities on the ground. The heavy presence of a reactionary religious outlook has not helped improve this in any way.

What is also apparent is that children of ethnic and religious minorities and members of families with low-income and the rural areas are more vulnerable to be subject of harm in Iranian society. Hence we also look at the bitter reality that lack of finances adversely affects children’s treatment in legal due process.

These are processes happening in a society under a government with leaders that repeatedly claim to be flag bearers of human salvation and the oppressed. The Islamic Republic frequently claims spiritual superiority in internal and international affairs and promotes an image of a government that is a protector of children’s rights. However in reality, the welfare of children is of very low importance in the governmental agenda. These interests are sacrificed to uphold politico-religious goals. We will demonstrate that practically, religious authority is upheld in price of children’s rights and principal interests.

The problems and limitations put on children’s rights advocacy groups and individual activists should also be looked at in assessing the issue in this report. The systematic disregard for children’s rights became even more highlighted with the start of the Ahmadinejad  presidency. Examples of these are abolishment of children’s rights protection groups, NGO’s, suspension of funding and permit for provincial and municipal youth organizations and persecution of lawyers who defend the children subject to execution.

The statistics show an increase in trends of violence among children and teenagers in Iran, activists and legal experts are led to argue that the violent treatment of children by the system has a trickle-down effect on rate of violence and social norms that surrounds it. Here we are going to discuss the evidence for this claim. In this discussion, attention should be given to the structure of juvenile correctional facilities and the police their treatment of children in the hands of the judicial system.

Lastly, the newest Islamic Criminal Code is drawn into the discussion. The piece of legislation that regardless of all the hopes and visions that it promised to provide, has proven not to draw a desirable picture of future of children’s rights in Iran. It repeats the mistakes in drawing the line between a child and an adult and in holding individuals responsible for their crimes that were pressingly visible in the last versions of legislature. 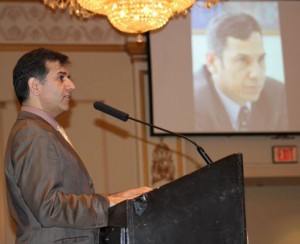